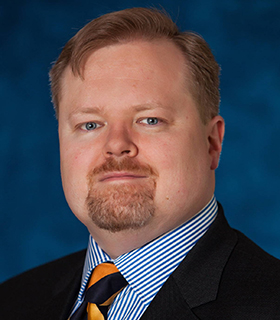 Thank-you for considering me for re-election to CMPA Council.
I am passionate about serving on CMPA Council as I have tremendous respect for the CMPA. It stands up for physicians when we are most vulnerable. While CMPA vigorously defends responsible physician conduct, it is also there to compensate patients harmed by legitimate medical error when that unfortunately occurs: CMPA does the right thing. CMPA also encourages us to do the right thing through its ever-growing educational offerings to help physicians provide quality care and learn from the mistakes of others.
I am seeking your support to serve on CMPA Council because I have a diverse and unique set of skills that will allow me to give back to our Association.
First, I have a legal education and understand both regulatory and legal issues.
Second, I have advocated for learners since I was in medical school and I continue to do so as a clinical educator.
Third, I have trained and practiced in three different provinces, volunteered internationally, and although I am a suburban emergency physician I make a point of being a locum family physician in rural communities.
Fourth, I have a good sense of the CMPA’s business side. I studied finance and accounting in university and have considerable financial governance experience with many organizations including serving as Chair of the Audit & Finance Committee of the Doctors of BC and on its Insurance Committee.
Fifth, I truly enjoy working with the CMPA and I would like to think I am doing a good job. Serving on Council allows me to exercise skills and knowledge I do not get to deploy in my daily clinical work. It allows me to give back to the profession that has given me so much, and to an Association that does the right thing.
If re-elected I will advocate for CMPA making member well-being a key priority as CMPA is in a unique position working closely with physicians going through the most stressful situations in a medical career. I would continue to offer vigorous financial oversight noting during my 3 years on Council CMPA dues have been reduced in BC by over 30%, and during 11 years on the Doctors of BC Audit & Finance Committee we only raised fees twice for a total 4% increase. I would also continue to support the CMPA’s educational mission to let both our members in training and in practice provide better and safer patient care.
Thank-you again for reading through this. I hope I have earned your trust to serve a second-term as your representative.

College of Family Physicians of Canada

Discipline and Appeal Board Public Member
2010-2013

Professional Association of Internes and Residents of Ontario (now PARO)

College of Physicians and Surgeons of Ontario

*Proposed through the Nominating Committee