Skip to Navigation Skip to Content
Home About the CMPA What we do CMPA in focus Council elections: Supporting effective governance

The CMPA is governed by an elected council of 30 practising physicians representing 10 geographical areas across Canada. Starting on March 20, members will be able to vote for CMPA Council representatives in five areas: British Columbia and Yukon, Alberta, Ontario, Québec, and New Brunswick. 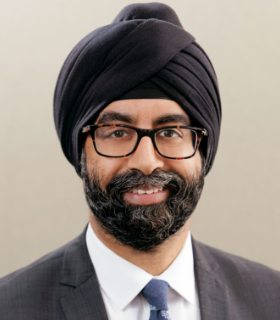 Dr. Birinder Singh, CMPA Councilor for Ontario and a member of the CMPA’s Nominating Committee, describes the role of Council as two-fold. “We provide oversight to ensure everything is running as it should be,” says Dr. Singh. “We provide strategic direction to management as to where we feel the organization should be going to respond proactively to what physicians need for medical liability protection in a changing medical-legal and practice landscape.”

Dr. Singh says that his experience as a CMPA Councillor has been interesting and enriching. “As a Councillor, you guide the business of the Association and help ensure sound financial and investment management. You also focus on medical-legal assistance and safe care promotion, so it’s a different perspective than what most physicians see in practice.”

Every year, approximately 10 positions on council are scheduled for nomination and election, and any CMPA member in these areas can seek nomination. Dr. Singh actively encourages interested members to seek election. “We’re looking for a variety of skill sets to support effective governance, and we want diverse perspectives and varied experiences represented. If you have an interest in the work we do, you should definitely look at running.”

There are two paths to nomination (which are closed for the 2019 Elections). The Nominating Committee reviews submissions and proposes a slate of nominees through the Report of the Nominating Committee, but candidates can also be nominated directly by the membership itself. The two paths promote inclusivity and allow all CMPA members to be considered as potential Councillors.

“The two-track nomination process allows for the rejuvenation of Council,” says Dr. Singh. “The Nominating Committee reviews submissions and nominates candidates they feel will make a unique contribution to the CMPA, but all members in election areas have the opportunity to seek nomination and election. At the end of the day, the final decision is that of the membership.”

Members living in an area where there is a Council election are encouraged to vote this spring. However, members in areas with no elections should also pay attention to the process. “The elections are based on geographic practice areas,” says Dr. Singh, “but Council makes decisions that affect everyone nationally. So even if there is no election in your area, it’s still important to be aware of who might make up Council, since they will be making decisions that affect your medical liability protection and the CMPA’s services.”

For more information about the CMPA’s current Councilors, or about the Council election process, please see About CMPA Council.