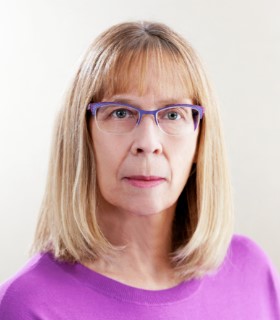 Dr. Susan Chafe is a full-time radiation oncologist, practising in Edmonton, Alberta. She is a graduate of Memorial University of Newfoundland’s medical school and completed her residency and fellowship at the University of Alberta, where she also obtained a law degree. Early in her medical career, Dr. Chafe worked as a family physician in the Northwest Territories and as a radiation oncologist in Texas and Florida.

Dr. Chafe is actively involved in international cooperative group clinical trials in the areas of breast cancer and pediatric malignancies and has authored multiple publications on these topics. As a clinical professor at the University of Alberta’s department of oncology, she works with undergraduate summer students to provide internships in the area of clinical research.

Dr. Chafe has volunteered with a number of organizations in her community including a research ethics board, a Spanish school, a water polo club, and as an auditor for NRG Oncology. In her spare time, she is a competitive masters swimmer, competing both nationally and internationally.